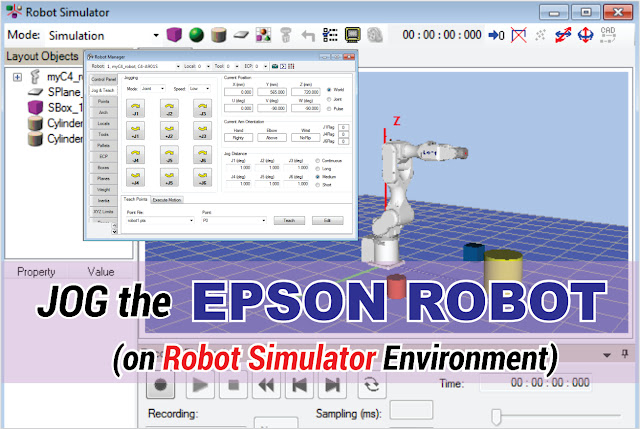 robotics-university.com | Hello my friends, I hope my articles about EPSON Robot are useful for you. Today I will continue guide you learning about EPSON robot motion control. In this article, we will learn how to jog (moving) EPSON robot manually.

Before you start to jog the EPSON robot on simulator environment, you have to do three steps below, i.e.

3. TURN EPSON ROBOT MOTORS ON
Read my guidance how to turn EPSON robot motor ON, on my previous article here!

For you information, to jog or to move a robot joint, there is two method can use. First, you can use joint jog button that available on the Jog & Teach tab. Second, you can jog a robot joint directly using your mouse-cursor.

4. JOG THE EPSON ROBOT USING JOG & TEACH TAB FEATURE
On this section, I will guide you to do the first method. To start jogging a robot joint with the first method. First, click “Jog & Teach” tab on the Robot Manager. See figure 1! 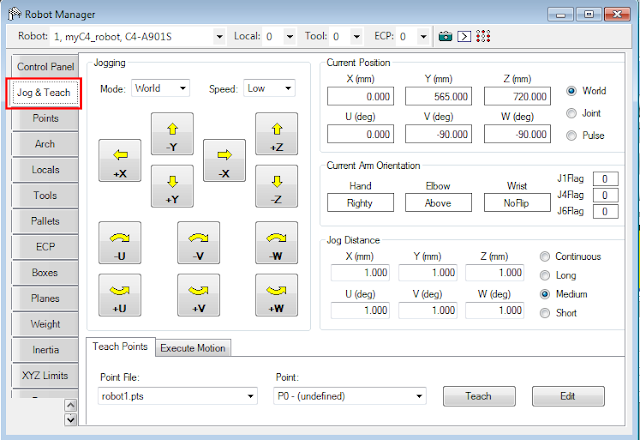 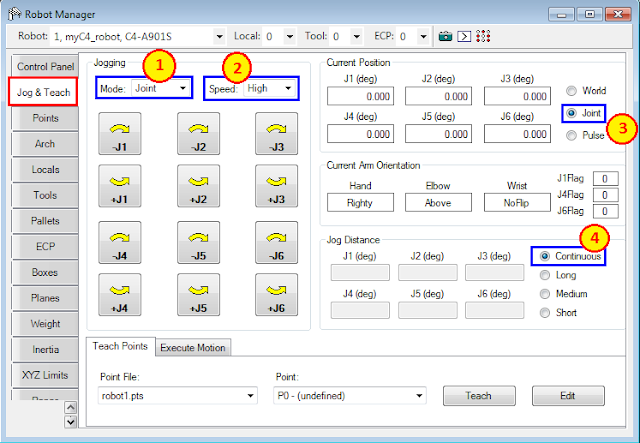 If the jogging setup has been set, then you can start the robot joint jogged by click the joint control button. See figure 3! 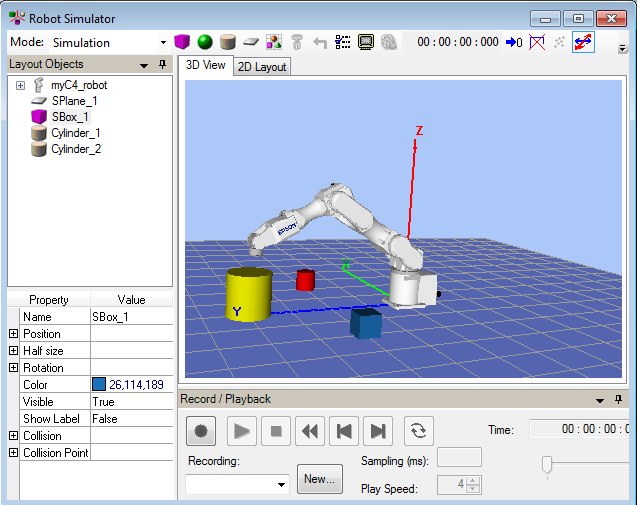 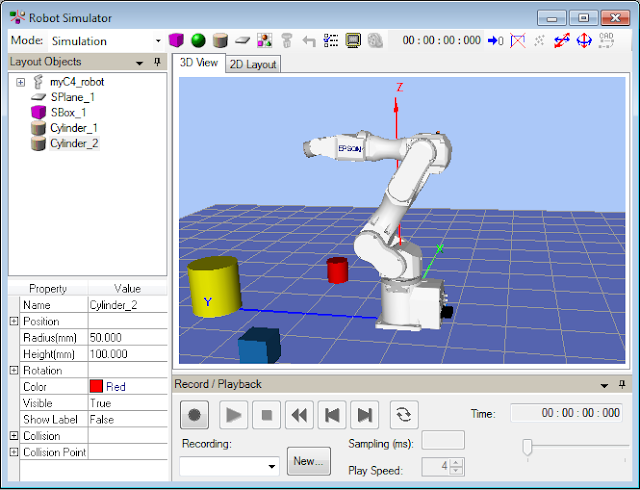 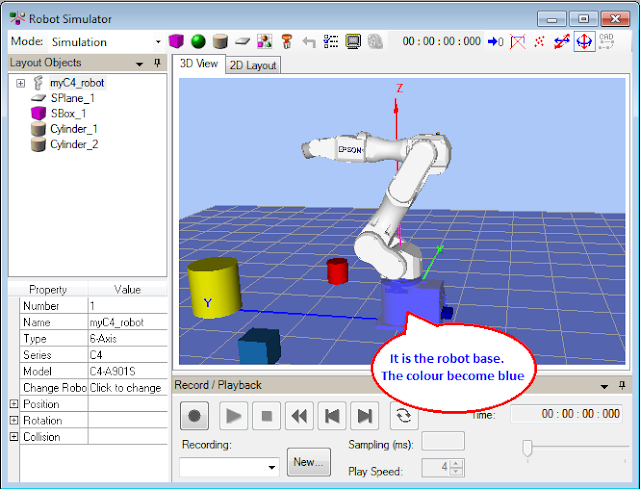 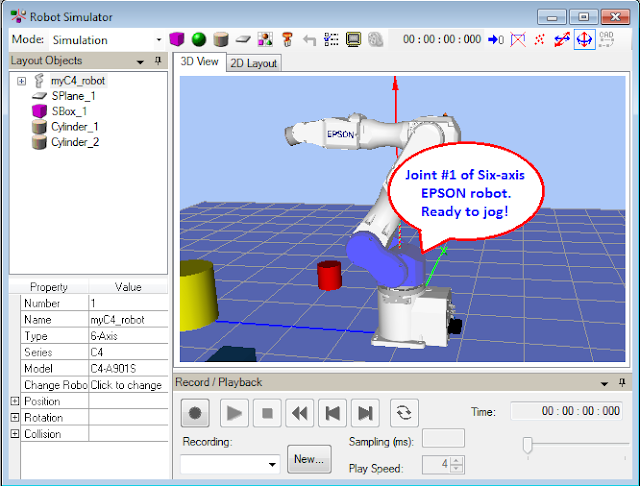 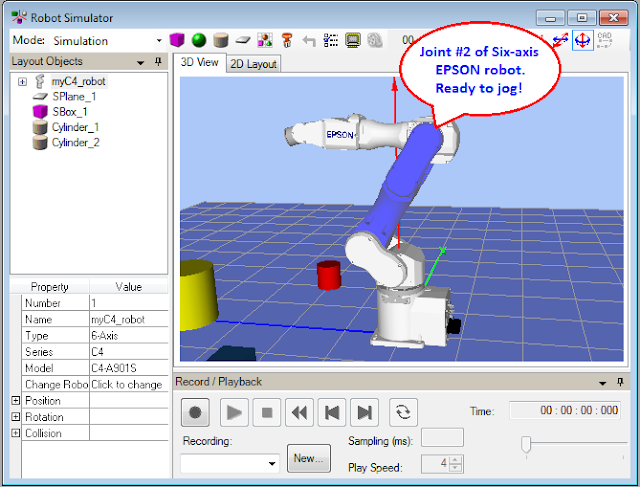 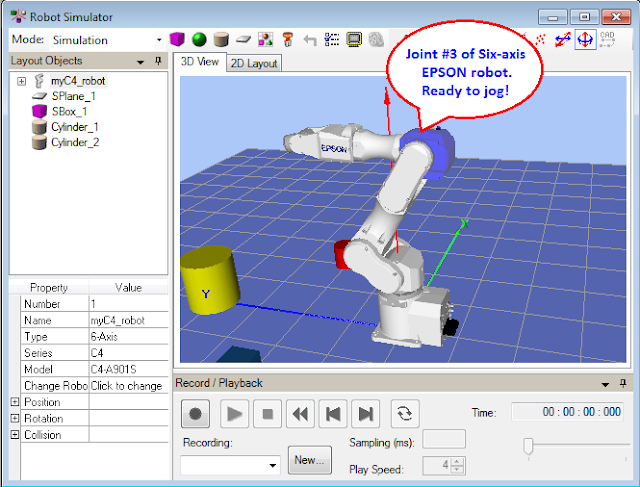 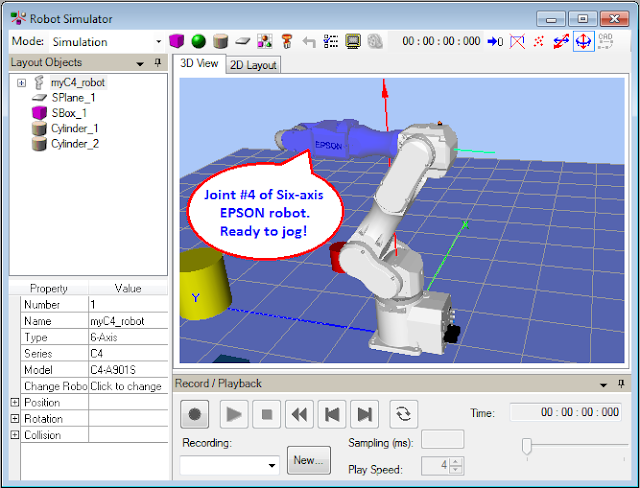 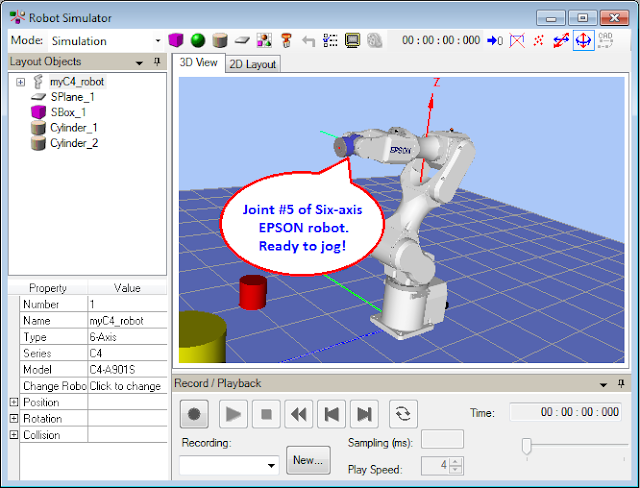 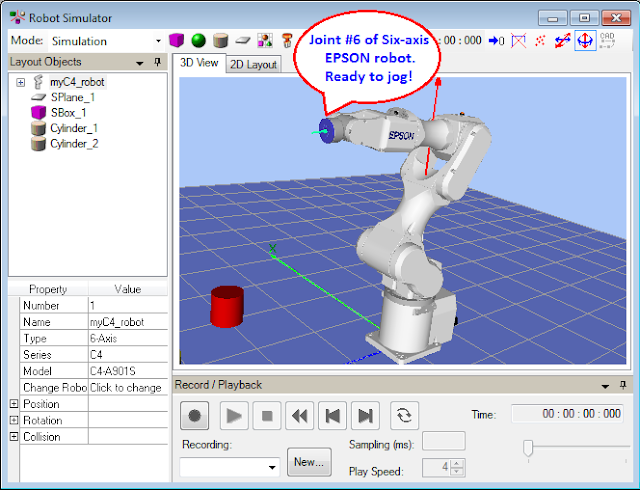 To jog a robot joint, left-click and hold the joint and then shift your mouse-cursor with follow the joint rotate direction.

0 Comment For "Jog The EPSON Robot (On Robot Simulator Environment) "