robotics-university.com | Arduino is a learning tool hardware that easy to use in electronics application prototyping as microcontroller based automatic controler system, or peoples called it with embedded systems. Arduino is open-source, either the hardware or the software. With Arduino board, a person who hasn’t basic of engineering and programming knowledge can make his own automatic control application, like controlling the light of LED (light emitting diode), motor DC controlling, robot system building, Wi-Fi or radio frequency based telecontrolling application building, make a drone, until make a satellite may be.

The Arduino concept and design discovered and developed by student research team in Interaction Design Institute Ivrea (IDII), Italy. They are Massimo Banzi, David Cuartielles, Tom Igoe, Gianluca Martino, and David Mellis (See figure 1). On that time, 2005, student project in IDII are use “BASIC Stamp.” It’s so expensive (The price is about $100). Based on that condition, Massimo Banzi, one of the Arduino discoverer team member, thought how to he can make prototyping device that easy to use and cheap in price. Finally, he and his friends create a prototyping board with specification as he want, i.e. Arduino. 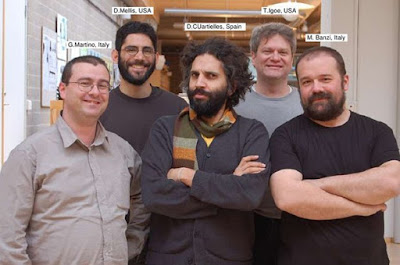 Arduino name taken from a bar name in Ivrea, Italy. The bar become a place for Massimo Banzi and Arduino project team did meeting.