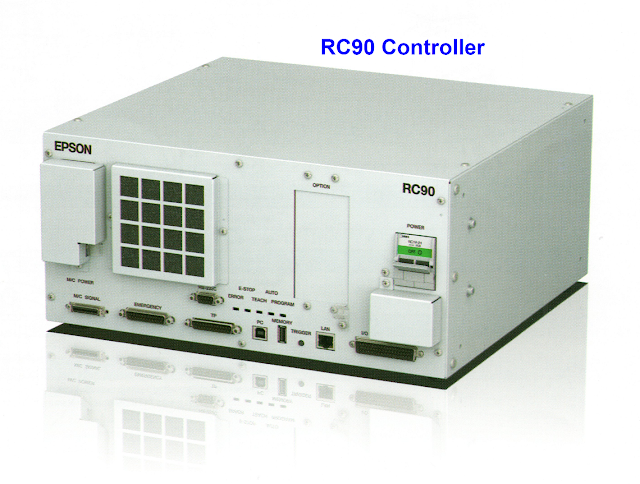 robotics-university.com | This article will introduce to you RC90 series EPSON robot controller. For further information about RC90 series controller, let’s see the specification table below: 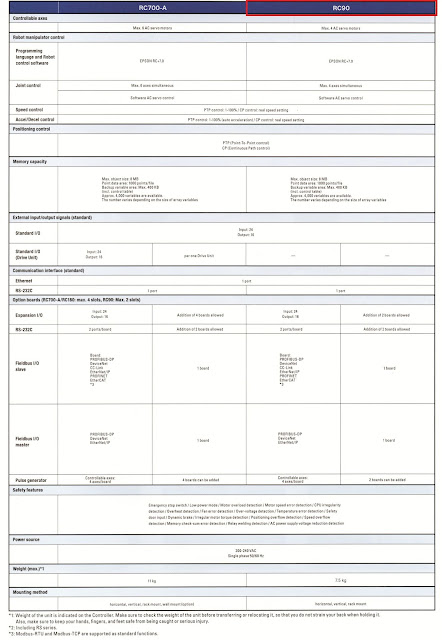 RC90 series is EPSON robot controller that can use for EPSON 6-axis and 4-axis (SCARA) robots. 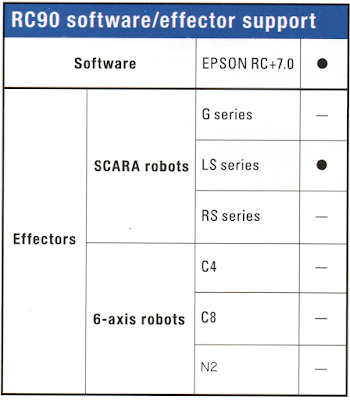 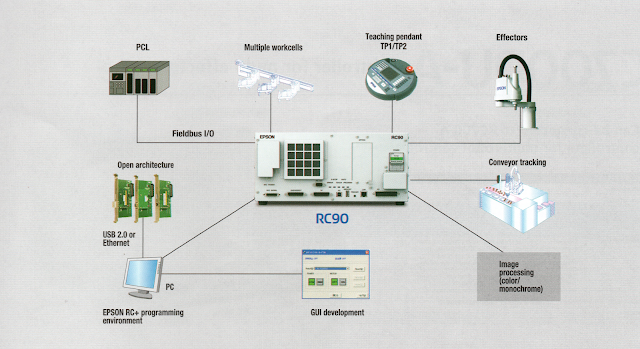 With see figure 1 above, We know that RC90 series controller can use to control an EPSON robot in three way, i.e. 1) Control manually via teaching pendant (TP1/TP2). 2) Control directly from Robot Manager that available in RC+ software or from Graphical User Interface (GUI) application that we can build by our-self using GUI builder that has integrated in RC+ software. 3) Full automatically control with create a SPELL+ program (coding) EPSON robot motion control.

To make a communication with external devices (digital/analog) either input devices or output devices, RC90 controller equipped with standard I/O port. It has equipped with 24 input and 16 output port. But if we need more I/O port, we can add I/O expansion card in RC90 (24 input/16 output). We are allowed to install up to 2 board I/O expansion card on RC90 controller.

Beside standard I/O port, RC90 also equipped with a standard RS232 port that will useful when we want to make a communication with one external device serially, but if we want to connect some external devices serially with only using one cable, we can add external FieldBUS* I/O card on the RC90 option board connector. With FieldBUS, it will possible make EPSON robot can working in multiple workcells.