What is Raspberry Pi?

robotics-university.com | The Raspberry Pi is a trade mark of mini-computer product that developed in the United Kingdom by the Raspberry Pi Foundation to promote the teaching of basic computer science in schools and in developing countries. Raspberry Pi is enables people of all ages to explore computing, and to learn how to program in languages like Scratch and Python. Raspberry Pi size is small, about 85 mm x 56 mm, (See figure 1) and it has the ability to interact with the outside world, because it has general purpose inputs and outputs (GPIO) that make people possible to build their electronics projects, automation systems projects, embedded systems projects, robot projects, IoT projects and more. Raspberry Pi Foundation want to see the Raspberry Pi being used by kids all over the world to learn to program and understand how computers work. 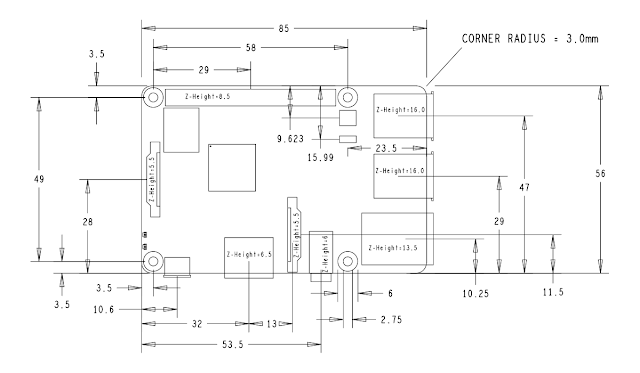 In order people can use Raspberry Pi, they just buy it and some computer devices support like USB keyboard, USB mice, and LCD/LED TV/Monitor that equipped with HDMI connector.